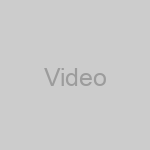 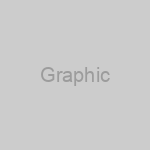 VIETNAM WAR IN THE PAST - SENSITIVITY OF TOLERANCE

VIETNAM WAR IN THE PAST - SENSITIVITY OF TOLERANCE


Vietnam has experienced many different wars to protect independent peace and

national sovereignty. After many intense battles, the main ideology in the

Vietnam’s war is: In our spirit, the enemy also has the fatherland, whose father,

mother, brothers and friends, they also want to live and must live. Therefore, do

not let them have a deathly death or die in vain. In the letter to response for the US

president Richard Nixon, our president had pointed out: “The prolonged war

makes America more and more wasteful. I was extremely indignant at the losses

and devastation caused by American forces to our people and our country; I was

because of the US government's policy. Of the 25,000 US soldiers sent to the US

government to fight in the South, hundreds of people died, thousands were injured.

That means hundreds of thousands of American women have lost their husbands,

For prisoners, soldiers and those with opposing views and interests. We always

treasures the good in them. In many ways, we tried to exploit the human love still

hidden in the enemy, helping them realize the right to change their negative

thinking. Thanks to generosity, altruism, with guidelines, policies and ways of

handling the bad situation. With compassion, our nation always upholds the policy

of humanitarian treatment of prisoners and soldiers.

We only demand the right to independence, not because of private enemies,

making the world know that we are a more civilized. By the treatment of our

nation to the prisoners, they expressed their deep appreciation for our generosity.

For example: The Dien Bien Phu battle is not only the pinnacle of Vietnamese

military art, it is classified into the world class battles but also the peak of

tolerance. It is the height of culture, of Vietnamese tolerance, that has created a

strong sense of empathy for those on the other side of the front line, cultivating

In the Vietnamese – American war, we have applied successfully the tolerance,

humanity with enemies. The humanistic, humanitarian and tolerant ideologies for

people. It is the humanity and tolerance of the Vietnamese people in the treatment

of prisoners that greatly reduces the losses in wars, especially to soften the feud

between the two peoples and two rival nations in the war.

Humanitarianism for prisoners and enemy soldiers was successfully used by the

people in the war. Prisoners were treated humanely, educated and returned to

reunite with their families, some of whom later became senators and the

Ambassador to Vietnam. Many prisoners have good feelings for our people and

they themselves have bridged the solidarity between the two peoples, opening new

directions of cooperation between the two countries. The traditional and

humanistic tradition associated with the determination to protect the nation,

expressed through the resistance wars against foreign aggression, is a message that

world. ; At the same time, it is also a serious warning to hostile forces who have

conspired to destroy the reform process in country, or violate the independence,

sovereignty and territorial integrity of the Vietnamese homeland.

THE FUTURE IS STILL TOLERANCE

THE FUTURE IS STILL TOLERANCE


Each nation, each country has its own interests, cultural identity, etc. The difference in

the development process of the world is inevitable. If there is no diversity in human

lifestyles, people not only cannot share happiness with each other, but also cannot rise to

the fullness of the intellectual, moral and aesthetic stature that every human being has.

ability to reach. Each individual has his or her freedom, and uses it so as not affecting the

freedom of others, affecting the common standards of the community. Therefore, in order

to achieve the consensus, to respect and accept differences, if the difference does not

compromise common values. In particular, in societies that are not homogeneous about

religion, language that principle must be further enhanced. Consensus and agreement

among members, social groups must be based on similarities, but still accept differences,

if not affect the overall goal.

To accept ideological, cultural differences, the past needs tolerance. Tolerance is not

limited to goodness and forgiveness. Goodness and resignation can only make temporary

tolerance, not create peace, equality and long-term. The most essential and subtle of

tolerance is reconciliation and acceptance of differences, unique, unique, which do not

dissolve or destroy them. On the contrary, we must respect and nurture them.

For the young generation in Vietnam in particular and the world in general, fostering the

spirit of tolerance is an urgent requirement. Homicides caused by teenagers and teenagers

that are being reported by the mass media every day tend to increase, but one of the

reasons for that is the lack of tolerance. There are very simple reasons, but because of the

lack of tolerance, it has caused very painful cases. A look, a statement, an unsatisfactory

action can become the cause of a bloody clash. A different voice, a different outfit can

also create unnecessary separation. The disorder and discontent in the current society is

partly due to that cause.

Therefore, new tolerance must be more and more fostered for younger generations.

helping each other; there is no discrimination on religion, ethnicity, occupation, poverty,

and gender. Living in a society where people can freely do what they like, freely live with

their true self and altruistic, our society will become stable.

According to experts, Vietnam is one of the safest countries in the world. In 2030,

economies in the world. In the opinion of the Russian economist, with the current growth

rate, thanks to the wise economic policy of Vietnamese leaders, there are every reason for

this forecast to become a reality. One of the factors contributing to that success is the

tolerance of Vietnamese people. In the future, our young Vietnamese generation - those

who are directly responsible for the country later. We will bring our tolerance to spread to

everyone, including international friends. The openness, willingness to accept all the

differences, respect each other. Because of the willingness to receive all cultural, political

and social differences, Vietnam will quickly integrate into the world and move closer to

the path of perfecting itself.

THE TOLERANCE IN VIETNAM CULTURE

THE TOLERANCE IN VIETNAM CULTURE


In the cultural, Vietnamese people with tolerance is not only the acceptance of differences,

respect and appreciation of the diversity, richness of different cultures in the world, or the

generosity of forgiveness of faults with beliefs. on the resurrection of goodness, of conscience in

them, but tolerance also becomes a sustainable inspiration in the depth of mind of Vietnamese

people for many generations, valued to increase human resources. - the most important resource

in the development process.. To this day, 54 ethnic groups in Vietnam still live in a consensus

and love each other in the Great Ethnic Family of Vietnam. From the religion of tolerance of that

Taoism and Christianity ... with a cultural tolerance spirit deeply embedded in the unconscious

community . There is no religious war in Vietnamese history. These foreign religions have just

been Vietnameseized, living together in the old Tam Giao plateau mechanism and the spirit of

religious harmony for the prosperity of the nation today. In the political life, Vietnamese society

expresses a tolerant culture in the way of looking for the core, not attaching importance to

outside appearance. Globalization and international integration pose many challenges for

Vietnam in the construction and development of culture and people, while absorbing the values

​​of progress, the essence of humanity, and the protection and preservation get national identity.

Vietnam today, under the administration of the Socialist Republic of Vietnam, has diplomatic

committees permanent member of the UN Security Council. The latest country in which Vietnam

established diplomatic relations is South Sudan (February 21, 2019). And also, Vietnam is a

governmental organizations in the world. Vietnam has been active with an increasing role in the

United Nations promoting the active role of the movement No Associated, Community of

countries using French, ASEAN ... Since the 1990s, Vietnam has really entered a period of

development in many aspects with outstanding achievements in high growth, poverty reduction,

human development, international integration ... However, Vietnam is also faced with many

pressing issues, requiring scientific, objective research and possible solutions. According to The

times the ranking of 16 in the world. According to The World Factbook, Vietnam&#39;s economy in

the tolerance of Vietnamese people, in the past we received our enemies, forgiving those who

made mistakes.  Right now we are living in harmony with each other regardless of region, color,

gender.  By tolerance, I believe Vietnam will be more peaceful and become a developed